You are at:
Sunshine AssociationDid you knowIdentifying and understanding Cerebral Palsy in young children 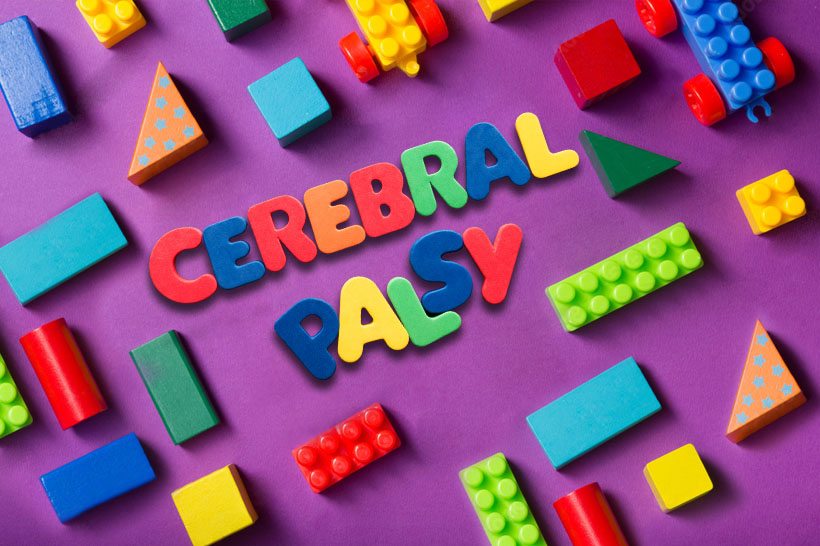 As a species, we humans tend to fear what we don’t know or understand, and so although Cerebral Palsy (CP) is one of the most common motor disabilities in children, it remains largely misunderstood by many.

If we simply look at the disorder name:

Cerebral – something that involves the brain

Palsy – a weakness or malfunction of the muscles

Essentially, the condition affects movement, posture and muscle tone. It’s caused by damage to the brain – usually prenatal while the brain is still developing in the womb, or during early infancy. In many cases, the cause of such damage can’t be identified, but some factors that could lead to problems in brain development include genetic mutations, maternal infections, fetal stroke, infant infections, traumatic head injuries or a lack of oxygen during childbirth.

How to spot the early symptoms of Cerebral Palsy

One of the greatest challenges about caring for a newborn is that they aren’t able to communicate when something feels wrong. There are some early signs of CP that parents, caregivers and medical practitioners can look out for.

What about toddlers, children and adults?

It’s extremely rare that a toddler or child will develop Cerebral Palsy at a later stage, but it can occur if the brain is exposed to traumatic injury. Children and adults with CP are likely to experience one of the four major CP disability classes:

About 80% of the children at our Sunshine Centres have spastic CP, the most common variation. They typically have stiff muscles, and their arms and legs may pull together on stiff joints. Sometimes it affects the whole body, and other times it affects only one side, or it’s presented in specific areas of the body, like arms or legs. When their whole body is affected, it may not be possible for these people to walk at all, even with extensive therapy. What’s more, people with spastic CP may present with other challenges, including:

People with dyskinetic CP usually have difficulty controlling the movements of their feet and legs, and hands and arms. Their movements will be slow and writhing, or jerky and fast, and they’re often unable to sit or walk. It can also affect facial muscles and the tongue, which hinders their ability to swallow, talk or suck. This kind of CP can change on a daily basis – one day, muscles can be rigid and tense, and then next, they could be limp and entirely disengaged.

People with ataxia may seem to develop fairly normally, even following the expected milestones of growth, but they experience an abnormal unsteadiness when they walk. They may also struggle to control their hands or arm when trying to grasp something. In addition to clumsy movements, ataxia may also affect swallowing and speech, as well as eye movements.

This is precisely what it sounds like – some people experience the symptoms of more than one type of CP. The most common combination of mixed CP is spastic and dyskinetic.

The road ahead for children with Cerebral Palsy, and their carers

Because of the complexities of brain development and healing, there is no cure for cerebral palsy. Many parents and caregivers become disillusioned about their child’s future, as well as how it impacts their own future. However, it’s a journey that no one need walk alone.

Following a diagnosis, children and adults with CP will be given medical and therapeutic treatments and practices specific to their condition. Consistent care and practice, and early intervention, can make a significant improvement in the daily functioning of a person with CP.

Here at Sunshine, we provide support for children with cerebral palsy, and for their families – who need just as much support. We also offer a range of courses that offer professionals, caregivers, communities and families stimulation and development methods for children with disabilities.

For more information about how you can enrol for a course, or about the Sunshine Centre Association in general, please contact 011 642 2005 or send an email to info@sunshine.org.za.

45 Years of Smiles – Celebrate with Sunshine this Spring
0 Comments

Identifying and understanding Cerebral Palsy in young children July 7th, 2022 45 Years of Smiles – Celebrate with Sunshine this Spring August 18th, 2021 Affordable, immune-boosting foods for your child October 8th, 2020 Developing basic life skills during lockdown May 7th, 2020 Covid-19: All you need to know about caring for your child with special needs May 7th, 2020 Caring for children with special needs September 12th, 2019